As the summer is quickly rolling in, we are just as quickly seeing the summer films roll out. The 2014 summer movie list is shaping up to be a pretty decent year for film. Here are a few of my “Must see” list. Something to see on Date Night, Family film Night or Chick Flick night. Cant wait to see any or all of these? Leave me a comment below if I missed your favorite. 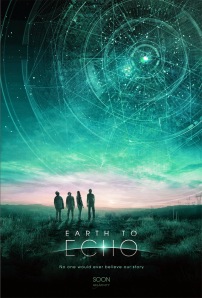 Inseparable friends Tuck, Munch and Alex  lives are about to change. A new highway construction project is forcing their neighborhood and families to move away. The boys begin to receive strange signals on their cellphones just a couple of days before moving away. Determined to find out the source of the signals, the boys team up with another friend Emma and set out for their adventure. They discover a small alien that is stranded on Earth. They quickly realize that they need to protect the small alien from being discovered and help him Echo get back home. Earth to Echo is an Family action adventure film that opens in theaters nation wide on July 2, 2014 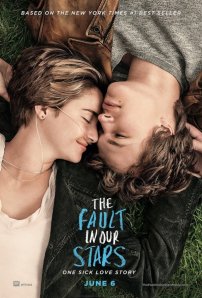 A FAULT IN OUR STARS

The film is an adaptation of the Best-selling novel by John Green. It tells the unconventional love story of two extraordinary teenagers Hazel and Gus. The two meet at a cancer support group and the two form a bond as they deal with their illnesses. The thought provoking story of these teens learning to live between life and death. This film is rated PG-13 and is out on June 6, 2014 Don’t forget the tissue! 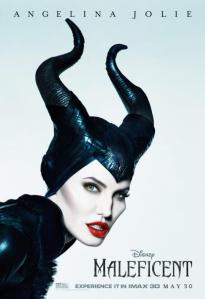 May 31 – Disney’s classic “Sleeping Beauty” gets a twist with the untold story of Maleficent (Angelina Jolie). The film tells the story of the beautiful young Maleficent living in a peaceful forest, until the harmony of the land is threatened. Rising to be the land’s protector, she is betrayed. With revenge in mind, Maleficent puts a curse on the invading  king’s successor, his newborn daughter Aurora (Elle Fanning). As Aurora grows, she finds herself caught between the forest world that she loves and the human world she was born into. Maleficent realizes that Aurora holds the key to kingdoms peace-and possibly her owns as well. 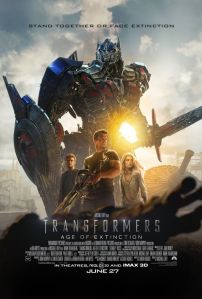 Transformers 4 is slated to be the coolest in the franchise. The film begins after an epic battle that left a great city torn, but with the world saved. As humanity picks up the pieces, a shadowy group reveals itself in an attempt to control the direction if history…while an ancient, powerful new menace sets Earth in its cross hairs. With the help of a new cast of humans, Optimus Prime and the Autobots rise to meet their most fearsome challenge yet. In a n incredible adventure, they are swept up in a war of good and evil, ultimately leading to a climate battle across the world. The film is not yet rated but I believe it will be PG-13 as it has been in the past. The film release is June 27, 2014 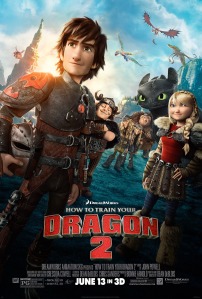 HOW TO TRAIN YOUR DRAGON 2

It has been five years since Hiccup and Toothless successfully united dragons and Vikings on the island of Berk. While Astrid, Snotlout and the rest of the gang are challenging each other to dragon races (the island’s new favorite contact sport), the now inseparable pair journey through the skies, charting undiscovered territories and exploring new worlds. At the beginning, Hiccup is pressured by Stoick to become chief, but Hiccup (who isn’t quite ready to become chief) rebels by flying away from Berk and exploring new lands.[3]When one of their adventures leads to the discovery of a secret ice cave that is home to hundreds of new wild dragons and the mysterious Dragon Rider (which turns out to be his mother), then the two friends find themselves at the center of a battle against Eret the Dragonknapper and Drago Bludvist to protect the peace. Now, Hiccup, Toothless and the other dragon riders must unite to stand up for what they believe while recognizing that only together do they have the power to change the future of both men and dragons. This film is rated PG and is out in theaters June 13, 2014.