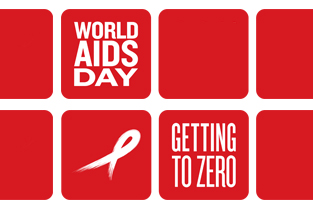 What is World AIDS Day?
“Our efforts have helped set the stage for a historic opportunity, one that the world has
today: to change the course of this pandemic and usher in an AIDS-free generation.”
–Hillary Clinton

World AIDS Day is observed on December 1st each year and is an opportunity for people worldwide to unite in the fight
against HIV, show their support for people living with HIV and to commemorate people who have died. World AIDS Day was the first ever global health day and the first one was held in 1988. The United States Government 2012 theme for World AIDS Day is “Working Together for an AIDS-Free Generation.”

AIDS is a cause near and dear to my heart.I have lost 2 brothers to HIV/AIDS and in their memory I am posting these statistics so that you are aware how this Disease affects you and me.

By Facing AIDS, you’re also supporting the National HIV/AIDS Strategy. According to the Strategy, “The stigma associated with HIV remains extremely high and fear of discrimination causes some Americans to avoid learning their HIV status, disclosing their status, or accessing medical care.”

Learn more about what you can do to support the Strategy.

What are some statistics about HIV/AIDS?

In the United States*:
• More than one million people are living with HIV in the U.S.
• One in five living with HIV is unaware of their infection.
• Men who have sex with men (MSM), particularly young,
black MSM, are the most severely affected by HIV.
• By race, African-Americans face the most severe HIV
burden.
*As of Nov 19, 2012. For the most up-to-date statistics please visit the Centers
for Disease Control and Prevention at cdc.gov.
**Overview compiled with information from the World Health Organization, USAID
,and Kaiser Family Foundation.
Worldwide**:
• 33.4 million are currently living with HIV/AIDS.
• More than 25 million people have died of AIDS worldwide
since the first cases were reported in 1981.
• In 2008, 2 million people died due to HIV/AIDS, and another
2.7 million were newly infected.
• According to the World Health Organization (WHO), most
people living with HIV or at risk for HIV do not have access to
prevention, care, and treatment, and there is still no cure.

Facts about HIV/AIDS in Miami-Dade County*

· #1 county in Florida for HIV cases

What is an AIDS Free Generation?