Males – “Breast Cancer Does NOT Discriminate” 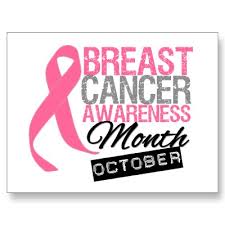 October Is Breast Cancer Awareness Month, this form of Cancer is more prevalent in Women than Men. Unfortunately Cancer in general doesn’t discriminate.

This year, an estimated 2,240 men in the United States will be diagnosed with breast cancer. An estimated 410 men will die of breast cancer this year. Breast Cancer in men and women has similar survival rates. For earlier stages 0 and 1 there is a five year survival rate,meaning that the percentage of people who survive at least five years after cancer being detected. But any statistic should be interpreted with caution,as most statistics are based on data collected form thousands over a five year interval.

This year, an estimated 2,240 men in the United States will be diagnosed with breast cancer. Treatment for men is the same as treatment for women and usually includes a combination of surgery, radiation, chemotherapy, hormone therapy and/or targeted therapy. Learn more about treatment for breast cancer in men.

The American Cancer Society estimates for breast cancer in men in the United States for 2013 are:

Types of Breast Cancer in men

Ductal carcinoma in situ (DCIS; also known as intraductal carcinoma) is considered non-invasive or pre-invasive breast cancer. In DCIS (also known as intraductal carcinoma), cells that lined the ducts have changed to look like cancer cells. The difference between DCIS and invasive cancer is that the cells have not spread (invaded) through the walls of the ducts into the surrounding tissue of the breast (or spread outside the breast). DCIS is considered a pre-cancer because some cases can go on to become invasive cancers. Right now, though, there is no good way to know for certain which cases will go on to become invasive cancers and which ones won’t. DCIS accounts for about 1 in 10 cases of breast cancer in men. It is almost always curable with surgery.

This type of breast cancer starts in the breast lobules (collections of cells that, in women, produce breast milk) and grows into the fatty tissue of the breast. ILC is very rare in men, accounting for only about 2% of male breast cancers. This is because men do not usually have much lobular tissue.

Paget disease of the nipple

This type of breast cancer starts in the breast ducts and spreads to the nipple. It may also spread to the areola (the dark circle around the nipple). The skin of the nipple usually appears crusted, scaly, and red, with areas of itching, oozing, burning, or bleeding. There may also be an underlying lump in the breast.

Inflammatory breast cancer is an aggressive, but rare type of breast cancer. It makes the breast swollen, red, warm and tender rather than forming a lump. It can be mistaken for an infection of the breast. This is very rare in men. This cancer is discussed in detail in our document Inflammatory Breast Cancer.
Last Medical Review: 09/30/2013
Last Revised: 09/30/2013

Robert Ray Roddy, announcer for The Price is Right