‘THE GIVER’ Get To Know Before You Go! 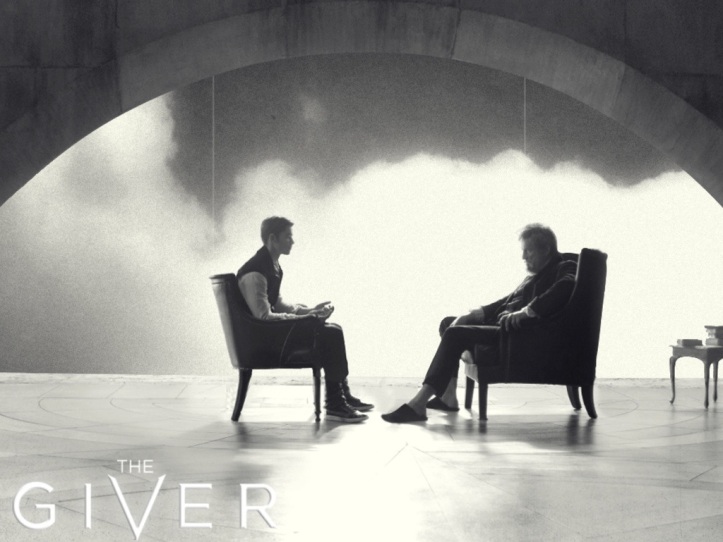 The Giver is a young adult fiction, written over two decades ago by Author Lois Lowry. The young adult novel has become the latest in a string of adaptations to feature film. The novel happened to be one of my sons mandatory readings for his 7th grade class this past year. At the time I purchased it I had no idea it was to become a film. We both agree that it was a pretty good read. But novels to films don’t always come together as we think they would, so it will be interesting to see how well it gets adapted.The Giver will be released in theaters on August 15 and is Rated PG-13

The center of The Giver storyline is Jonas (played by Brenton Thwaites), who lives happily in a colorless world of conformity. A community without war, pain, choice, suffering or differences, the young boy Jonas is chosen to learn from an elder The Giver (played by Jeff Bridges) about his community’s secret past. With this newfound power of knowledge, he realizes that the stakes are higher than imagined – a matter of life and death for himself and those he loves most. At extreme odds, Jonas knows that he must escape their world to protect them all – a challenge that no one has ever succeeded at before.

Outersparkle has not yet screened The Giver Film, but will follow up with my thoughts once I have viewed the film.

Here are the books in The Giver quartet.

It's #nationalyoungreadersweek teach your kids about the joy of book and literary. Here are a few of my book suggestions.
The cast for Loveboat, Taipei's Ever, Rick, Xavier and Sophie! @AshleyJLiao, @RossButler, @nicothedufferHiraga and @ChelseaTZhang
%d bloggers like this: