Only one entrant per mailing address, per giveaway.  If you have won a prize from our sponsor Propeller / FlyBy Promotions in the last 30 days, you are not eligible to win.  Or if you have won the same prize on another blog, you are not eligible to win it again. Winner is subject to eligibility verification.” Giveaways are valid in US & Canada only. 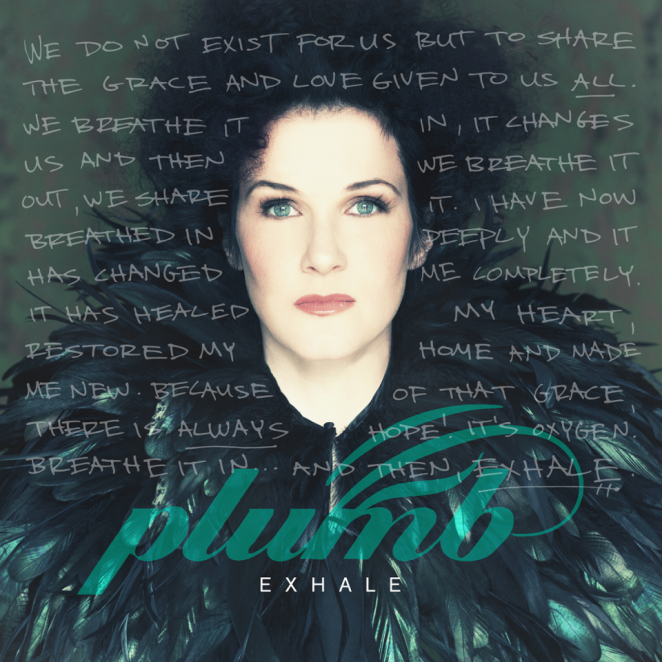 EXHALE is the newest and seventh studio album of acclaimed singer, songwriter and author PLUMB. Originally signed as a Christian Contemporary Music (CCM) recording artist in 1997, Plumb is now known as well as or better in alternative rock, electronic dance music, and for the use of her music in film and television than she is in the CCM market.

EXHALE, the seventh studio album from acclaimed multi-genre singer, songwriter and author PLUMB, expresses a new focus and vision. After the runaway success of NEED YOU NOW (the album, title track and book), which coincided with her own moving story of brokenness and ultimately healing, Exhale brims with worshipful songs of gratitude and hope.The defining concept of EXHALE was born from a sermon at Plumb’s home church, wherein her pastor Pete Wilson expressed the notion that the Church doesn’t exist for itself. Rather, believers come to church to breathe in grace and truth, be changed, and then go out and “exhale” that hope into their surrounding community.“That idea of exhaling hope hit me right away and I couldn’t get to the Notes section on my phone fast enough. I started writing the chorus of Exhale right then and there,” explains Plumb. “I have been made new by the ultimate hope, and I want to share and exhale that hope in everyway I can.”

Couldn't help myself today #targetbookclub, i just had to bring #thestandin by @lilychuauthor home with my.
#mailcall📬
%d bloggers like this: