Thursday May 16,2013 I had the opportunity to attend the Miami pre-screening of “Epic”3D the movie at Regal South Beach Stadium theater. The movies CGI in the film was specatacular! Scenery is lush,magical and mesmerizing. I will definitely be taking the kids to view this film. LOVED IT!On Friday afternoon I had the pleasure of sitting down with the “Epic” Director Chris Wedge for a quick Q&A session at The Epic Hotel in Downtown Miami.

LF-Q: I read that the idea for this movie was inspired by artwork,and that you thought there was a story to be told. Did you refer back to those artist when you started the movie?

CW-A: all those people were gone,those painting were done over 100 years ago. When I start an animated movie I begin with a world that is distinctive enough so that it feel fresh,and a world you can only explore in animation. William Joyce and I started putting ideas together in 1998 and is loosely based his novel “The Leaf men and the brave good bugs” so I said “lets start with the leaf men and amp them up like samurai warriors riding on hummingbirds fighting for the life of the forest”  And that’s how you start putting a story together.

CN-Q:Did you choose the voices first,or did you have actors in mind when you began?

CW-A: you sometimes start off with an archetype in mind when your writing,you have a character in mind when your designing it. Sometimes you think of movie stars,sometimes there contemporary,sometimes there from the fifties or maybe a neighbor cause you remember how specific there mannerisms are.You can always model the character after some combination of things your familiar with. But the voice is the last thing you choose. So when its time to cast you start thinking about who can make this character,come to life, that’s were you start.

HL-Q:Is there a certain computer software program that was used in the animation process?

CW-A: If there’s something you’d like to use at home there’s a program called Maya that we used. Its a program that emerged and is pretty standard in animation studios. Whats nice is that its open so you can add you own plugins, we’ve been using it for over 10 years,and we have a pretty robust interface of our own so we can do some pretty special things.

DC-Q:How is this movie put together in forms of directing?

CW-A: Theirs a lot to animation that’s interesting, our studio is comprised of over 500 people and some of them are visual artist some are designers that can paint or draw or there good with cameras. Some are sculptors and others have some computer chops that can use the programs we were talking about to model things in 3D or animate. Some are programmers that program some of the things we use,others are physicist,mathematicians,some are good with managing so maybe there producers.Others work with film and edit or sound.Just about anything that you can think of you can apply to all we do. It takes all those people to make these movies. So from one idea to script to storyboards to designs and building and animating its a process that takes almost 4 years per movie.

JE-Q: Amc theaters recently partnered with the Autism Society to bring sensory friendly films to families with Autistic kids,and on June 1 Epic in 2D will be the movie of the month. How do you think the Autistic child will embrace the movie since they are not your traditional child?

CW-A:Well I know that there is a spectrum of Autism so depending on were you fall on it. Not knowing to much about autism I know that what compliments it is the emotional detachment,and there is a range of emotions in this movie. Theirs heroic action in this film that may stimulate them but there also nuanced emotional interaction within the characters.I know when I was a kid the films that interested me are the films that made me wonder whats its like to be that way, I really didn’t like the programming that there was for children I was more interested in what my parents were watching I was always challenged why the characters felt a certain way.

LF-Q: Are you already working on a part 2 story?And do have a favorite character that you relate to more?

CW-A: Lets see what the box office has to say. Yeah, the human character Bomba is the character i enjoyed creating most.He was a great challenge, one that I enjoyed.He a character that’s complete and quirky and I loved his story, there’s more to him than you think there is.

CN-Q:I know you started with stop action, do you have a favorite between stop animation or CGI?

CW-A: I’ve been doing this for a long time I don’t think I would go back to stop motion. We can do so much with computers to make it look like stop motion. I don’t I have the patience anymore to move things around anymore. I love were computer animation has evolved.

CN-Q: How did you do research of the forest?

CW-A: We walked outside our studio,we didn’t have to go to far we live in upper New York State and that’s what the world looks like outside. We didn’t take any exotic trips we got chased by mosquito’s.

What is Epic? EPIC is a 3D CG adventure comedy that reveals a fantastical world unlike any other. From the creators of ICE AGE and RIO, EPIC tells the story of an ongoing battle between the forces of good, who keep the natural world alive, and the forces of evil, who wish to destroy it. When a teenage girl finds herself magically transported into this secret universe, she teams up with an elite band of warriors and a crew of comical, larger-than-life figures, to save their world…and ours.


This film stars Beyoncé Knowles, Colin Farrell, Josh Hutcherson, Christoph Waltz and Amanda Seyfried. Learn all about Epic, play games, and read more about Epic characters as you get ready to experience this adventure in theaters May 24! 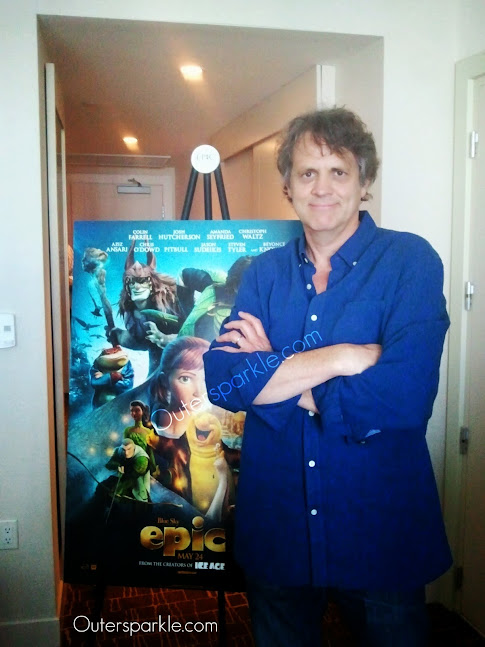 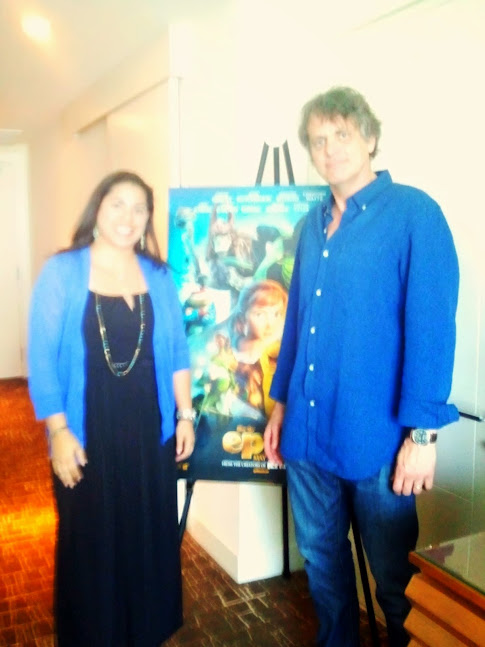 Disclosure- I did not receive any compensation for this post but I was given the opportunity to meet Chris Wedge for the purpose of this interview post.