Thank you to Blogger Lucy Valdez of 2Genbeauty for the great  Peanuts Movie – Round Table Interview with Steve Martino & Francesca Capaldi for Outersparkle.com

Growing up, one of my fondest memories is from a typical Sunday morning around the house. My parents spreading the Sunday paper on the dining room table and picking out the sections they wanted to read, and of course, leaving the Sunday funnies for my brother and me! We would spread out the finger-staining parchment on the floor of our bedroom and giggle as we made our way through the different comic strips on the different pages. One of our favorites was always the Peanuts comic strip, because my name is Lucy so I really did identify with Lucy Van Pelt and because who didn’t think Snoopy was just the most adorable dog on the planet?!?! To this day, I still have an official Peanuts pajama with Snoopy and his beloved Belle having ice cream sundaes at their favorite ice cream shop! 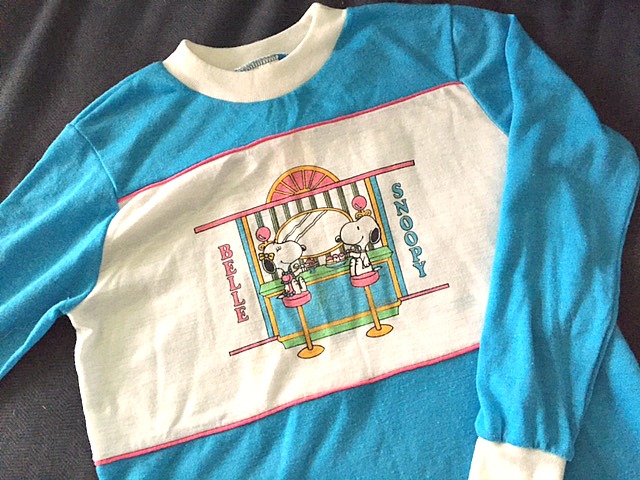 When I heard that one of my favorite comic strips was going to be hitting the big screen, I envisioned sitting in a movie theatre watching the likes of It’s the Great Pumpkin Charlie Brown & A Charlie Brown Christmas with a bowl of buttery popcorn wearing my vintage Snoopy pajamas. They still fit right??? Who’s up for a Peanuts’ holiday specials marathon??? Just throwing the idea out there!

Of course, I raised my social media hand up high, like the little red-haired girl sitting in the front row of class, when the opportunity arose to see the new 2015 feature film, The Peanuts Movie, at a pre screening a week before its national release. A million questions started whirling through my mind about how well this comic strip turn holiday special could now turn into something that would translate cinematically.

As we arrived at the theatre and checked in, we were delighted to find out that we would be experiencing The Peanuts Movie in 3D! I closed my eyes and thought about the possibilities…not sure why the first thing I envisioned was Pigpen’s dust cloud in 3D?!?! We made our way to the concession stand and picked up some buttery popcorn and headed towards the assigned theatre. 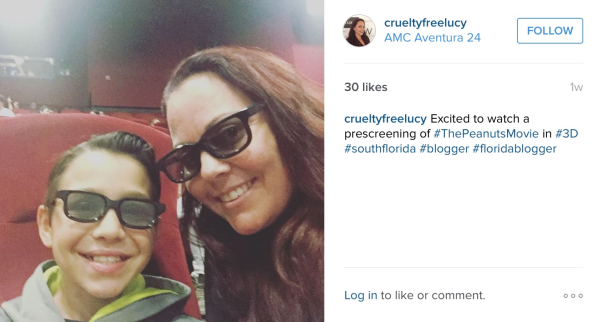 From start to finish, I was transported back to my childhood of spreading those comic strips on my bedroom floor and diving right in to the trials and tribulations of Charlie Brown, and his sidekicks Snoopy & Woodstock, along with all the other characters I fondly remembered from the original comic strip and those endearing holiday specials. All the elements that needed to be there were, and the imperfect simplicity of the animation paid wonderful homage to the original. At this point, this has to be one of the most memorable movies I’ve seen this year. While it is does not have the insane graphics and fast-paced storyline we would expect of a blockbuster film, The Peanuts Movie, was the PERFECT family film! It was just the right length to maintain little eyes on the screen and make the trip to the theatre worth everyone’s while. I’m ready for this one to hit DVD and include it in our Peanuts repertoire.

But wait! My Peanuts experience gets even better! My son, Sebastian, and I had the opportunity of sitting & talking with Steve Martino, The Peanuts Movie director, and Francesca Capaldi, the voice of the little red-haired girl. You may recognize Steve Martino as the director of Ice Age-Continental Drift and Francesca Capaldi as the character, Chloe James from Dog With A Blog.

Me: So, I’ll jump right in…This was really exciting to watch! I loved the movie. I think my favorite part about it was how authentic it stood next to going back and looking at the old movies, and I can totally envision sitting at home with a bowl of popcorn on a family night and watching it again over and over, along with the classics. How easy or difficult was it to stay authentic to the original?

Steve Martino: Well to do what I wanted to do with the film, which was making a feature film in 2015, so for me that is a big canvas. I wanted it to be a theatrical event, and something worth going to see on the big screen, because I wanted to bring a certain richness and color and vibrancy and lighting and that’s why I worked in computer animation. That’s the tool that I work at Blue Sky Studios, but it was the most technically challenging movie that I’ve ever worked on to make something look so deceptively simple. We animated in a totally different way, because I wanted the characters to look and feel, as you said, like the characters have always been.

Francesca Capaldi: No we actually did not! It was just four walls and a microphone, and that was it!

Steven Martino: I want their imaginations. This is the key! I’ve worked with actors of all ages and wonderfully talented adult actors. In the animation process, you have no costume, you have no set…some people really feed off of that and they find their character by being in that space. What I found with Francesca and all the kids in our cast, they have imagination, so we would talk about being we’re on the playground, you’re at school and this is happening, and they’re like OK I can picture that. They may not say it but I can tell in what they were delivering in their lines that they could put themselves in that place…without props, without costumes, without anything else, then we animate to that. There is no footage, no animation that’s been created. Their voice is kind of a guide for us.

Me: Sometimes a kids’ movie will come out and we as parents are ughhhh. They want to see it and I don’t really want to go see it.

Steve Martino: Yeah I’ve been there! That was the objective. Working with Craig Schulz and Brian Schulz as writers/producers on the film, and that’s the son and grandson, we worked very carefully together and they were great protectors of the fans. They live in that world where they want the legacy of their father’s work to continue to maintain that quality that it always has. As a film maker, I’ve made several animated films and I feel like I do understand an audience today, and our audience isn’t just kids. I went into this movie really feeling like it was a movie that I wanted to make for adults…grandparents, parents, and kids. It could be a film you take the whole family to and everyone would get some fun and enjoyment out of it. 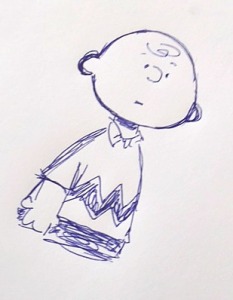 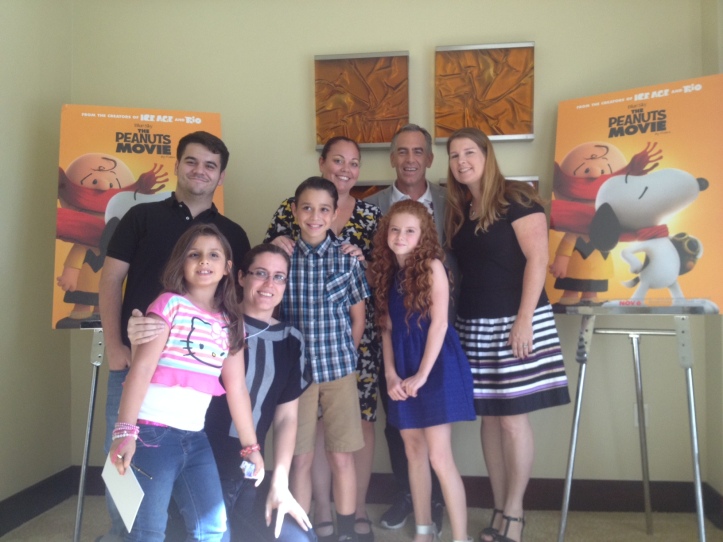 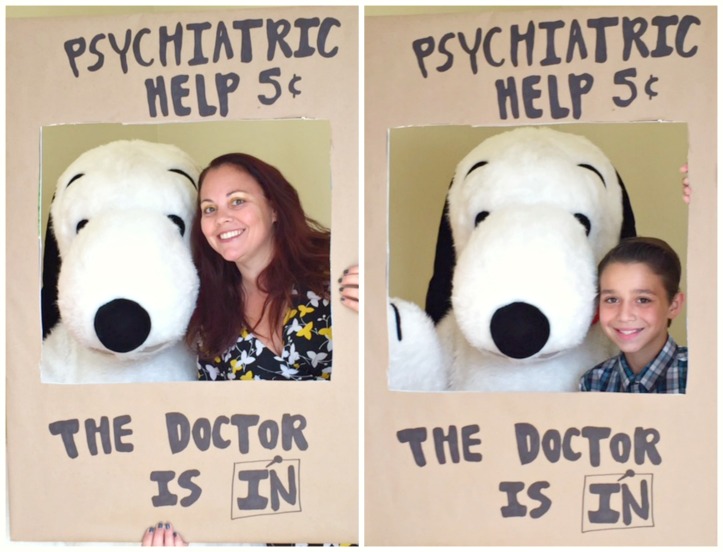 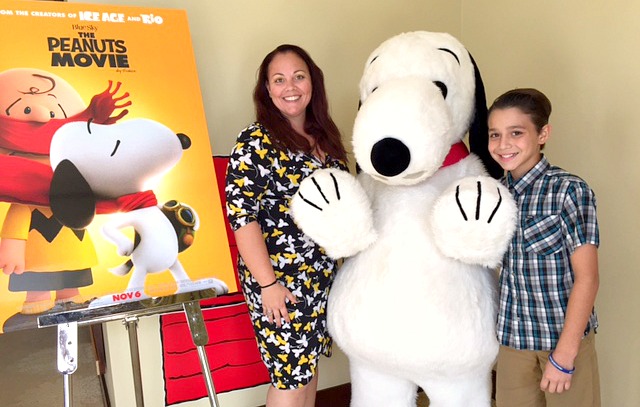 I highly recommend The Peanuts Movie for the entire family. Something Steve Martino said during our roundtable interview really rang true, “I went into this movie really feeling like it was a movie that I wanted to make for adults…grandparents, parents, and kids. It could be a film you take the whole family to and everyone would get some fun and enjoyment out of it.” Trust me, it will quickly become a family favorite!